This course guide was created for ARTS 1305 Digital Studio One students.

The library has a resource called RefWorks that lets you:

The Library also has workshops throughout the semester on using RefWorks.

Copies of the Turabian's A manual for writers of research papers, theses, and dissertations  are available at the Alkek Library and the Music Library.

Copies of The Chicago manual of Style are also avaliable at the Alkek Library and the Music Library.

Or if you would like to use another style you can look at other Writing & Citation Style Guides such as APA or MLA.

The basic elements needed  for citing images are as follows:

From The Chicago Manual of Style 16th edition

Titles of works should be presented according to the rules set forth in chapter 8 (see 8.154–95), whether standing alone or incorporated into a caption. Accordingly, most titles in English will appear in headline style (see 8.157), and many titles—including those for paintings, drawings, photographs, statues, and books—will be italicized; others will appear in roman type, enclosed in quotation marks (see 8.161). For foreign titles, see 11.3–8. Generic titles, however (as in the last example below), are not usually capitalized.

Frontispiece of Christian Prayers and Meditations (London: John Daye, 1569), showing Queen Elizabeth at prayer in her private chapel. Reproduced by permission of the Archbishop of Canterbury and the Trustees of the Lambeth Palace Library.
The head of Venus—a detail from Botticelli’s Birth of Venus.
Francis Bedford, Stratford on Avon Church from the Avon, 1860s. Albumen print of collodion negative, 18.8 × 28.0 cm. Rochester, International Museum of Photography at George Eastman House.
Friedrich Overbeck and Peter Cornelius, double portrait, pencil drawing, 1812. Formerly in the Collection Lehnsen, Scarsdale, New York.

It's important to know the parts of a citation so you can interpret it correctly. You must have at least the Journal name, volume, issue, and page number to be able to locate the article.

A Note about Plagiarism

It is important to cite your sources properly. If you want to learn more about avoiding plagiarism, read the Plagiarism Guide.

When you are writing your paper, you can use several ways to present information you have found in the body of your paper, and consciously avoid plagiarizing.

If you want to use a sentence or a passage exactly as it was written, you can include a direct quote, surrounded by quotation marks, and either using an inline citation, or a sentence before the quote referencing the author and work of origin.

You can also write a summary (in your own words of course) of the ideas or text you want to use. It helps to write the summary from your memory rather than looking directly at the passage.

Paraphrasing is similar to a summary. It just means taking what you have read and rewriting it in your own words. 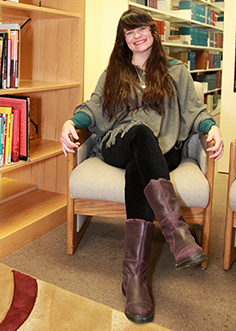